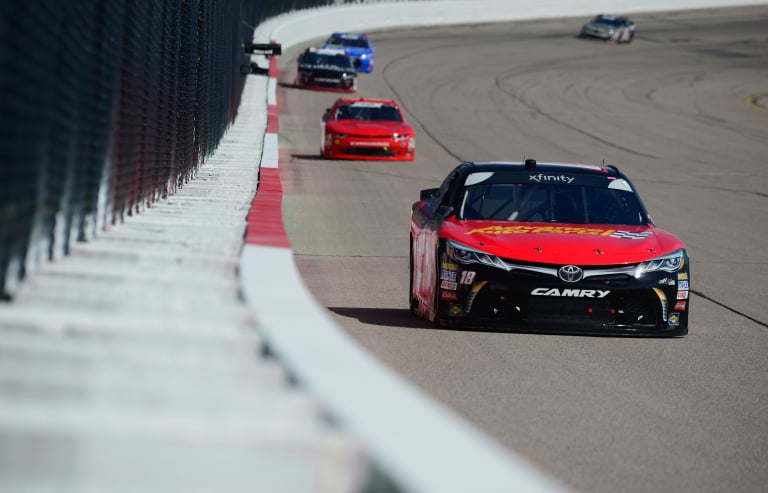 Note: The schedule below has been updated as Saturday‚Äôs truck race was postponed.

This weekend, the Monster Energy NASCAR Cup Series is sitting on a off-weekend. However, there‚Äôs still some NASCAR short track racing coming to your television.

Iowa Speedway is set for a double-header weekend in Newton, Iowa. The NASCAR Xfinity Series as well as the NASCAR Gander Outdoors Truck Series on on deck.

The Iowa Speedway is a 0.875 oval. It‚Äôs was first constructed in 2006 with help from Rusty Wallace. It was sold in 2011. NASCAR took over ownership of the track in 2013 after the owners ran into financial troubles.

The track has long been a fan favorite. While it lacks a MENCS date, that could change come 2020 and beyond.

Sunday‚Äôs race is the second of three races in the Triple Truck Challenge. The race winner will receive an extra $50,000 bonus.

View the full NASCAR tv schedule for Iowa Speedway below.

« NASCAR Cup Series: Was Kyle Busch wrong to quit at Charlotte? – Beyond the Flag NASCAR details cause of No. 42 liftoff at Talladega – NASCAR »