Wallace fined $50,000 by NASCAR for intentional spin – The Associated Press 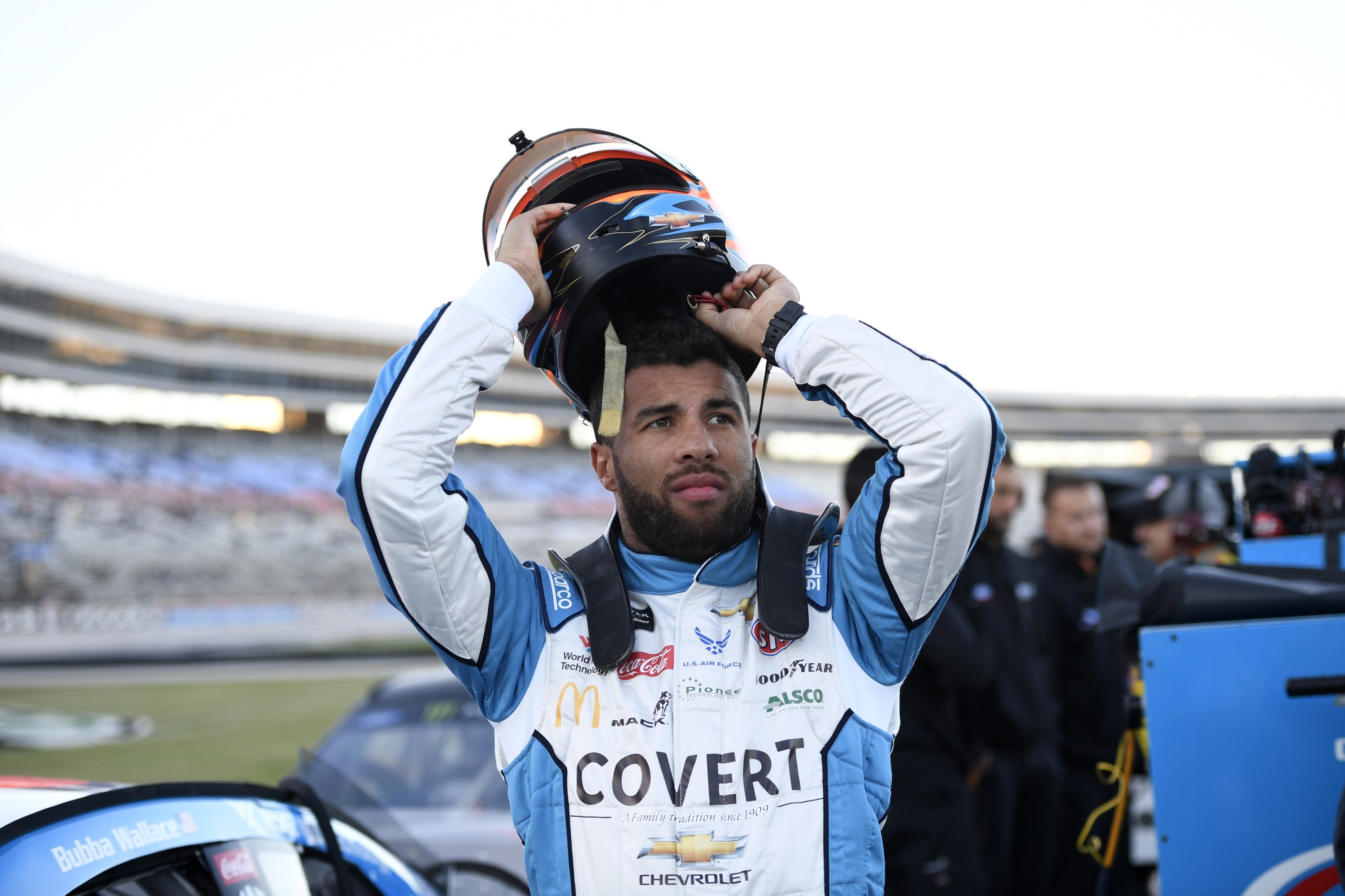 AVONDALE, Ariz. (AP) ‚ÄĒ Bubba Wallace said he wasn‚Äôt worried about repercussions for intentionally causing a caution because NASCAR doesn‚Äôt do anything about the practice.

NASCAR accepted the dare from Wallace. He was fined $50,000 and docked 50 points on Saturday, a day after admitting to an NBC Sports reporter his spin at Texas Motor Speedway was deliberate and other drivers do it all the time.

‚ÄúUntil they do anything, no. I‚Äôm not the only one to do it,‚ÄĚ he said in a phone video recording.

Wallace was reacting to earlier comments made by championship contender Kyle Larson, who had the outcome of last Sunday‚Äôs race altered when Wallace intentionally spun to avoid losing multiple laps for a flat tire. That caution changed the complexion of Larson‚Äôs race and dumped him into a huge hole in the standings.

There‚Äôs only Sunday‚Äôs penultimate event at ISM Raceway outside Phoenix remaining to claim the final two spots in the title-deciding race.

Larson said his Chip Ganassi Racing team had pulled data from Wallace‚Äôs car to confirm Larson‚Äôs belief it was a deliberate attempt to bring out a caution.

‚ÄúWe looked at Bubba‚Äôs data and you can definitely see him swerving, he turns right and then at the same time he turns left and stabs the throttle and spins out. It‚Äôs whatever at this point,‚ÄĚ Larson said.

NASCAR said Saturday the data was not enough to prove Wallace‚Äôs intent and his fine was for the ‚Äúcomplete admission of guilt‚ÄĚ he made to NBC Sports.

‚ÄúWe fully understand NASCAR‚Äôs position and expectations of its competitors,‚ÄĚ said RPM competition director Philippe Lopez. ‚ÄúNASCAR has a difficult job officiating race events and we do not need to make the task more challenging.‚ÄĚ

Larson‚Äôs criticism immediately after Sunday‚Äôs race brought the issue of deliberate cautions to the forefront during an intense competition for the two remaining positions in the next week‚Äôs final four. NASCAR champion Joey Logano had a flat tire and spun two weeks ago at Martinsville and the timing of it was suspicious enough to raise eyebrows.

Logano has said the flat tire made him spin, and Larson is among drivers who believe him. But the Wallace spin made this a hot topic that had drivers opining on NASCAR‚Äôs role in making judgment calls.

The series in 2014 was rocked by the biggest cheating scandal in at least 20 years when Clint Bowyer deliberately caused a caution to help then-teammate Martin Truex Jr. make the playoffs. Bowyer‚Äôs spin set in motion a series of shenanigans by several teams as they gamed the system and manipulated NASCAR‚Äôs inability to police the action and intent of all its teams.

NASCAR strongly penalized teams involved and made clear that integrity and honesty was being closely monitored, more so in the playoffs.

But the sanctioning body had not waded into the Wallace situation until his admission the spin was deliberate.

Drivers are divided on if NASCAR can or should police the issue.

‚ÄúIt‚Äôs hard to make a black and white rule on that when something is on purpose or one was an accident,‚ÄĚ Logano said. ‚ÄúHow do you really know? All sports deal with that. Think about soccer. Geez, you watch that and they‚Äôre flopping all day long out there.‚ÄĚ

But Denny Hamlin noted that integrity should be higher among the drivers, even though many have admitted to spinning on purpose in attempts to save their race.

‚ÄúI think it should play out naturally. I‚Äôm all for whatever is natural, not messing around with the cautions and getting them when you need them,‚ÄĚ Denny Hamlin said. ‚ÄúOur sport is so different than others when it comes to that. When someone in football fakes an injury and it slows the game down, or gets a time out, that‚Äôs not a game changer, right?

‚ÄúHowever, a caution that is untimely for someone that has pitted versus someone who hasn‚Äôt is a complete game changer. You can‚Äôt fake things no matter what the sport, but the stakes are higher in NASCAR because you can really screw people over.‚ÄĚ