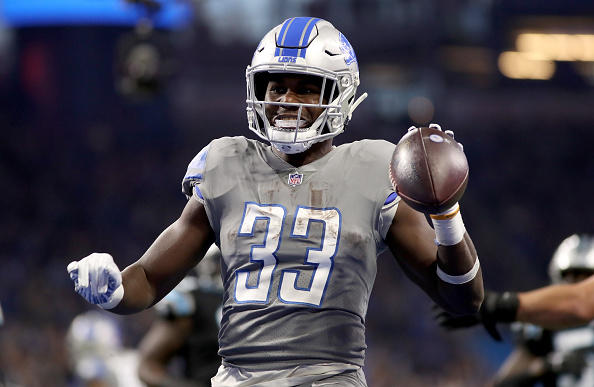 We take this adage to heart when it comes to playing NFL DFS. The Fantasy Alarm Playbook isnŌĆÖt just about handing you a list of players and a lineup to use each week. It is designed to help you learn to be a better DFS player. ItŌĆÖs about teaching you the process used in selecting which players to scout and, eventually, which ones to use.

Therefore, we will begin each week with the Weekly NFL DFS Watch List which┬Āis designed to keep tabs on marquee names, chalk plays and, of course, the weekly bargains who may not see the same coverage and exposure.┬ĀThis piece will be continuously updated throughout the week, based on the most recent news and injuries which means you may see a name or two removed as we get closer to kick-off.┬ĀYou may also see a few late-week additions who pique our interest for some reason too, and by the end of the week, this Watch List will eventually become your Playbook. Again, itŌĆÖs about teaching you the process.

Week 2 is going to be all about overreaction. Guys like Marquise Brown and T.J. Hockenson are not only going to be overpaid for in seasonal, but their ownership percentages in DFS this week are going to be way too high. On the other hand, you’re also going to see a number of players who bricked in Week 1 go low-owned even though they shouldn’t be, It’s time to play DFS gardener and figure out which players are going to bloom and which ones are just weeds. For our purposes here, we’ll keep the weed-killer out and hopefully avoid the pitfalls your more casual fans/players don’t see coming.

Hunter Henry , TE LAC — suffered a tibia plateau fracture and is now out for 4-to-6 weeks

As a reminder, donŌĆÖt forget to check out the Game Preview of tonightŌĆÖs Tampa Bay vs Carolina game from Ryan Hallam.

Panthers TE Greg Olsen (back) is expected to play.

Some intriguing notes about the match-up history:

If you are playing the Showdown Slate, hereŌĆÖs who I like:

Cam Newton , QB CAR ŌĆō Expecting a strong rebound from Newton and the rest of his offense as the Tampa Bay defense is extremely soft. What weŌĆÖre watching most is how he reacts to their pass rush as weŌĆÖd like to see him do a bit more running, but not necessarily at the expense of the passing attack. Bottom line is that the Rams corners he faced last week are vastly superior to those of the Bucs and Cam wants to do something spectacular in his teamŌĆÖs home debut.

Christian McCaffrey , RB CAR ŌĆō the most obvious play in the world, amirite?

D.J. Moore /Curtis Samuel , WR CAR ŌĆō TheyŌĆÖll be matched up against Vernon Hargreaves and Carlton Davis respectively and both match-ups grade out in a positive light for the Panthers. The Panthers will lean on McCaffrey early and as soon as the Bucs start to over-commit to stopping the run, both should fare well in this game.

Jameis Winston , QB TB ŌĆō HeŌĆÖs so tough to trust given the interceptions and consistent mistakes, but if the Panthers move out to an early lead, you can bet Bruce Arians will have Winston throwing as much as possible. YouŌĆÖll have to endure a couple of picks, but throwing for 300-plus yards doesnŌĆÖt seem so far-fetched once you look at the spread and the implied points total.

Dare Ogunbowale , RB TB ŌĆō He saw five targets last week and should see at least the same, if not more, as the game flow should push the Bucs into an early catch-up mode. Peyton Barber and Ronald Jones will handle the early-down work, but once theyŌĆÖre stifled by the Panthers front seven, Arians will switch up his backfield.

Mike Evans , WR TB ŌĆō IŌĆÖm actually going to tilt in favor of Evans over Chris Godwin here as heŌĆÖs the one Winston always seems to fall back to when he struggles and the team is down. He also has a significant size advantage over Carolina corner Donte Jackson . Last week, Evans was dealing with an illness. This time, heŌĆÖs healthy and ready to roll.

Cameron Brate , TE TB ŌĆō With safety Eric Reid running around the Panthers secondary, things are going to be tough between the 20s for O.J. Howard . Inside the red zone, however, Brate is WinstonŌĆÖs bread and butter. He had two scores nullified last week due to penalties. He should be able to get into the box today.