What channel is NASCAR on today? Time, TV schedule for championship race at Homestead – Sporting News 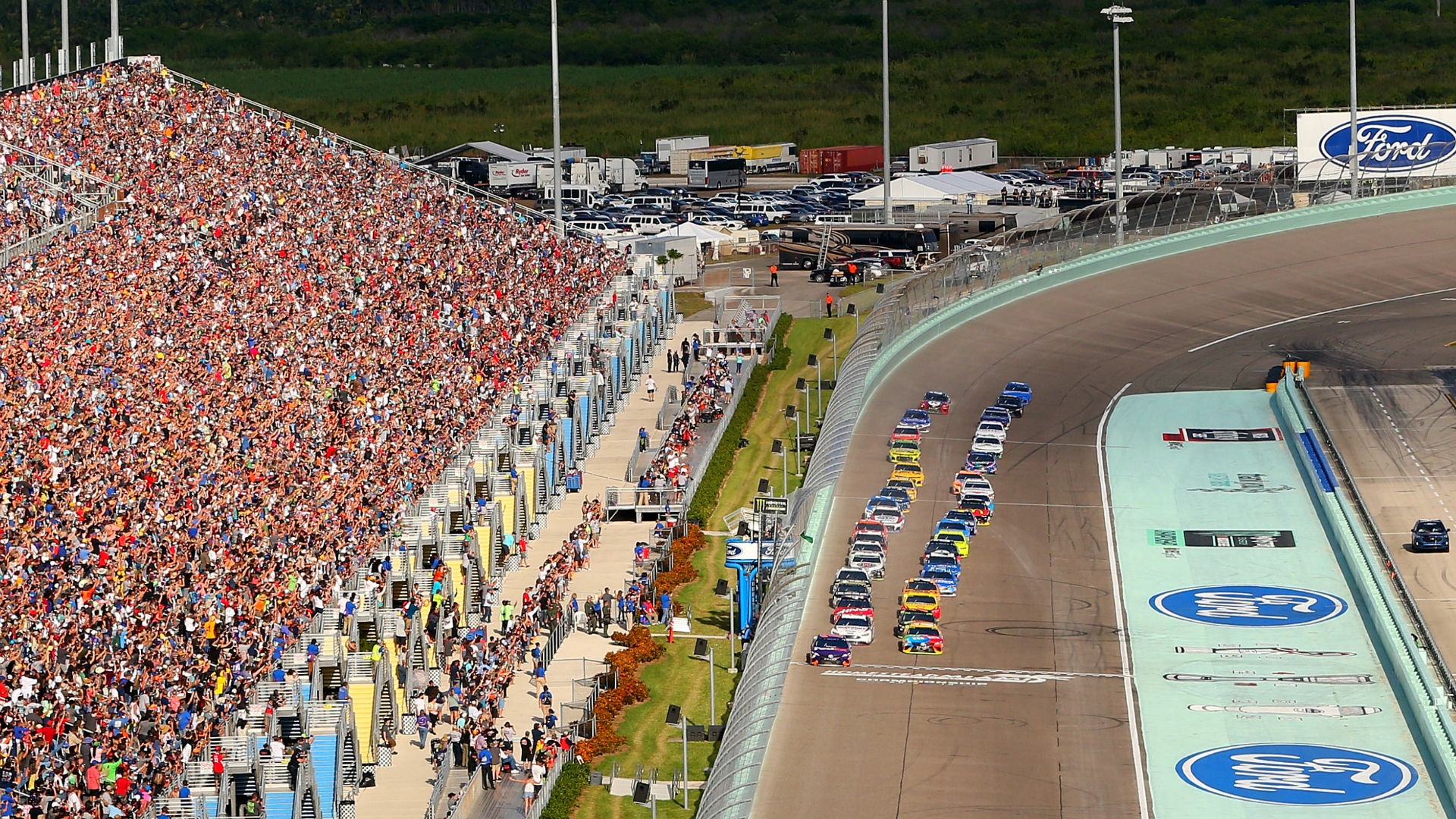 What channel is the NASCAR race on today? What time does the NASCAR race start? These are the questions that have plagued race fans every Sunday,¬Ýwhen each Monster Energy NASCAR Cup Series races were scheduled to be shown on¬Ýeither NBC or NBCSN¬Ýfor the second¬Ýhalf of the 2019 season¬Ýwith differing start times.

As for Sunday’s Ford EcoBoost 400¬Ýat Homestead-Miami Speedway, the Cup Series’ only¬Ývisit to the track all¬Ýyear and the season finale that will decide the 2019 champion,¬Ýthe channel that will broadcast the race¬Ýis NBC. The race at Homestead will start at 3¬Ýp.m. ET.

The 3¬Ýp.m. ET start time for the¬Ýrace at Homestead¬Ýon Sunday is the third such¬Ýstart time over the last three weeks¬Ýof the¬Ýseason. As for the TV channel, the NASCAR Cup Series season finale¬Ýis the seventh race on NBC this year.¬ÝAs part of NBC’s¬ÝTV deal with NASCAR for the 2019 season, NBC was¬Ýslated to show seven of the final 20 races of the season, with the other 13 scheduled to be shown on NBCSN.

Sunday’s race at Homestead,¬Ýwhich will consist of three¬Ýstages (80¬Ýlaps, 80¬Ýlaps and 107¬Ýlaps),¬Ýis the 36th and final¬Ýrace on the NASCAR Cup Series schedule. The Championship 4, which was set last week in Phoenix, consists of Kyle Busch, Martin Truex Jr., Denny Hamlin and Kevin Harvick.

Homestead-Miami Speedway is a 1.5-mile oval that features 18-20 degree banking in the turns and four-degree banking on the identical, 1,760-foot stretches. Joey Logano won this race last year to take home the 2018 NASCAR Cup Series championship.

Below is all the info you need regarding how to watch Sunday’s¬ÝNASCAR¬Ýrace at Homestead.

What channel is NASCAR¬Ýon today?

In addition to the TV coverage on NBC, Sunday’s¬Ýrace at Homestead¬Ýis available via live stream on¬Ýthe NBC Sports App and NBCSports.com.

Homestead, which first hosted a NASCAR Cup Series race in 1999, has been the site of the season finale since 2002.

The four drivers contending for a championship at Homestead on Sunday ‚Äî Busch, Truex, Hamlin and Harvick ‚Äî have totaled 21 wins, 63 top-fives, 97 top-10s, 4,562 laps led and an average driver rating of 103.2.

Though Hamlin is the only driver of the four who has not yet won a Cup Series championship, his two career Homestead playoff race wins are more than the one each for Busch, Truex and Harvick.