What channel is NASCAR on today? Time, TV schedule for Pocono 400 – Sporting News 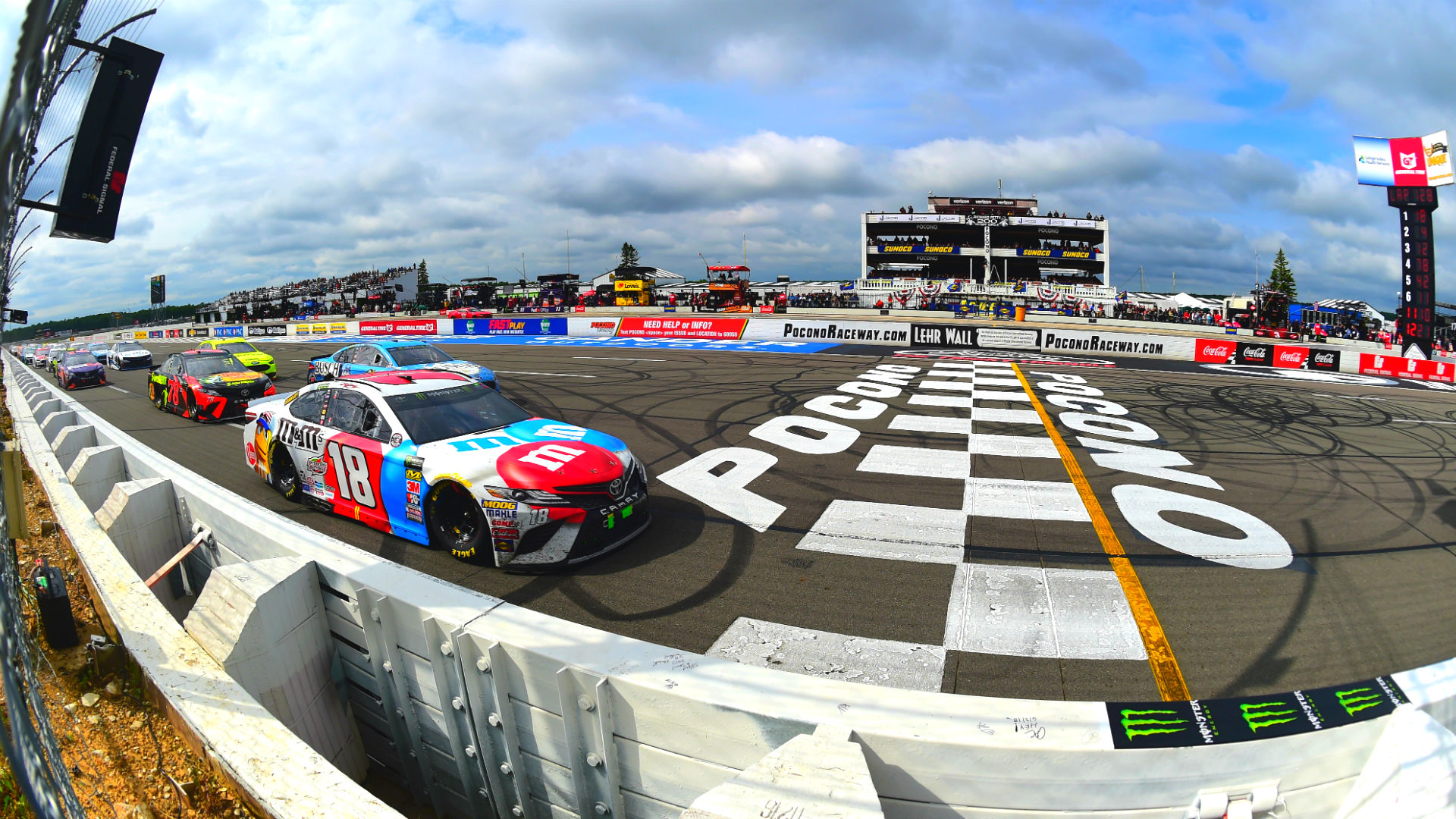 What channel is the NASCAR race on today? What time does the NASCAR race start? These are the questions that plague race fans every Sunday,¬†when each Monster Energy NASCAR Cup Series race will be on either FOX or FS1 for the first half of the 2019 season with differing start times.

The 2¬†p.m. ET start time for Sunday’s¬†Pocono 400¬†signals the first day race in almost a month for the NASCAR Cup Series. As for the TV channel, the NASCAR Cup Series returns to FS1¬†after last week’s race on FOX. As part of FOX’s TV deal with NASCAR for the 2019 season, FOX was slated to show nine Cup races this year, and FS1 was scheduled to show eight, including the¬†All-Star Race a couple weeks ago.

Sunday’s¬†Pocono 400¬†at Pocono raceway, which will consist of three¬†stages (50 laps, 50 laps, 60 laps),¬†is the 15th¬†race on the NASCAR Cup Series schedule (14th when not counting the All-Star Race). Pocono Raceway, also known as the “Tricky Triangle,” is a unique, three-turn track that is 2.5 miles in length.

Below is all the info you need regarding how to watch Sunday’s Pocono 400.

What channel is NASCAR on today? Time, TV for Pocono 400

The Pocono 400 at Pocono Raceway¬†on Sunday¬†will be the sixth¬†race of the season to be shown on FS1, which also will be the TV channel for the last two FOX¬†races of the¬†Cup Series season.¬†NBC and NBCSN will take over as the broadcast networks for the second half of the season, starting at Chicagoland.

In addition to the TV coverage on FS1, Sunday’s¬†Pocono 400¬†is available via live stream through FOX Sports Go or fuboTV. New fuboTV users can sign up with a seven-day free trial.

The driver many will consider the favorite to win Sunday’s Pocono 400 is the driver who won this race last year … and the driver who won last week. Martin Truex Jr. has been money at Pocono of late. Including his win last season, Truex has three top-10 finishes in the last four Pocono races. The driver of the No. 19 Joe Gibbs Racing Toyota has three wins this season and sits sixth in the NASCAR Cup Series points standings.

Two of Truex’s teammates, though, could give him the biggest challenges at Pocono. Kyle Busch, the leader in the NASCAR Cup Series points standings, has led 239 laps in the last four Pocono races and has won two of the last three races at the Tricky Triangle. Denny Hamlin, another JGR driver, has won more Cup races at Pocono (four) than anybody else in Sunday’s field.

But we can’t mention JGR drivers without bringing up the other team that has dominated the first half of the 2019 NASCAR Cup Series season, Team Penske. Brad Keselowski is one of three drivers (Truex and Busch) who have three wins this season, and Joey Logano has been going back and fourth with Busch as the points leader.

Including Ryan Blaney,¬†each of the Penske trio has a Pocono victory in his career.

It is¬†also worth noting that this will be the first Pocono race under the rules package that is new for NASCAR’s Cup Series in 2019, meaning there will be some unknowns going into the race in terms of the style of racing, how much drivers will need to lift in the corners and how easy (or difficult) it will be to pass.